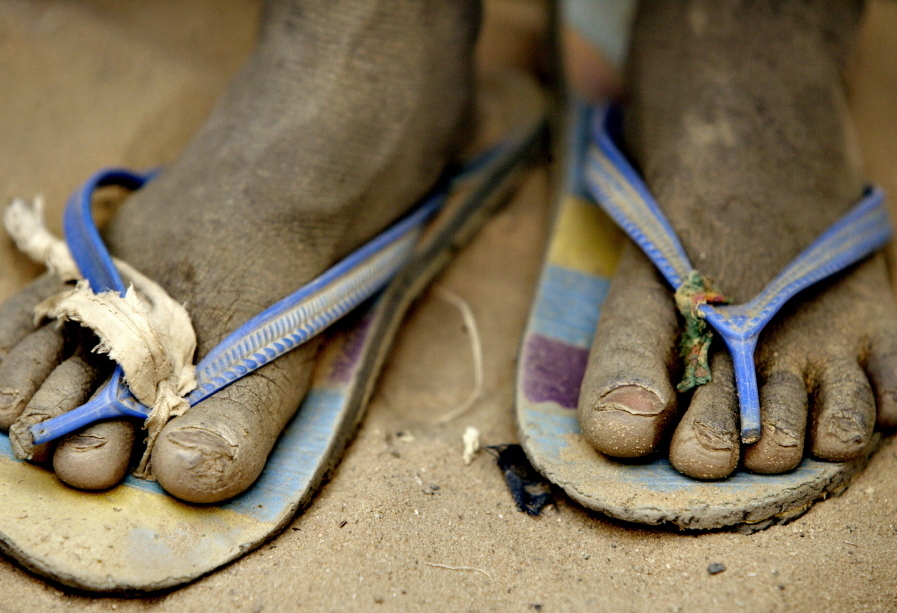 The most pressing reason for establishing an international framework that facilitates economic sharing is to create a more equal world where basic human needs are met universally.

Governments first committed to this goal in 1948 when the UN General Assembly adopted the Universal Declaration of Human Rights, which states in Article 25 (1): “Everyone has the right to a standard of living adequate for the health and well-being of himself and of his family, including food, clothing, housing and medical care and necessary social services, and the right to security in the event of unemployment, sickness, disability, widowhood, old age or other lack of livelihood in circumstances beyond his control.”

More than 65 years later, achieving these basic entitlements for all the world’s people still remains a distant hope and vague aspiration of the international community. Even in many of the richest countries poverty rates have been rising for a decade, and the situation is rapidly deteriorating as austerity measures are rolling back social safety nets and weakening essential public services. Five years after the financial crisis of 2008, for example, about 50 million people in the US – 1 in 6 of the population – were officially hungry, even before dramatic cuts to government food assistance programmes. Across Europe, where the social gains of previous decades are now under sharp attack, analysts have been forewarning of a divided continent with entrenched poverty for more than a decade.

Nothing describes the dangerous shift away from the practice of sharing within societies more than the growing levels of hunger and needless deprivation in the affluent parts of the world. But there is no escaping the fact that the impact of extreme poverty remains generally far more severe in the poorest countries of sub-Saharan Africa, Asia and Latin America, among other low- and middle-income regions.

Despite rapid advancements in standards of living for a large proportion of the world population in recent decades, an unacceptable number of people are still denied access to the basic necessities of life. Even if the Millennium Development Goal for halving extreme poverty is met, around one billion people will officially live without adequate means for survival in 2015 – although unofficial estimates are even higher. Altogether, 95% of people who live in developing countries survive on the equivalent of less than $10 a day (comparable to what $10 would buy in the United States) - an almost impossible task for someone living in a high-income country. The controversial ‘dollar-a-day’ measure of poverty also fails to reflect the harsh reality of life for millions of people in the majority world, not least in the fast-growing slums of developing cities.

In an interconnected global society with an abundance of wealth, technological capacity and expertise, it is morally reprehensible and economically short-sighted not to have ended extreme poverty decades ago. But this will be impossible without simultaneously redressing levels of global inequality, which have steadily increased since the 1980s when corporate-driven policies of economic globalisation were widely adopted. In order to tackle this growing crisis of ‘poverty amidst plenty’, far greater emphasis must be placed on reforming the unjust policies and institutions that maintain a divided and increasingly unequal world.

Today, highly biased regimes of international trade, finance and taxation mean that at least ten times as much finance flows from developing countries to the rich world than is provided by donor governments as overseas aid. As a result of these unjust arrangements of the global economy, the wealthiest 20 percent of the world’s population enjoy nearly 83 percent of total global income, whereas the poorest 20 percent receive a mere 1 percent. In recent years, this concentration of wealth has become increasingly extreme, with one percent of the richest people in the world owning $110 trillion - 65 times the total wealth of the bottom half of the world’s population.

This astonishing misdistribution of wealth and income highlights just how distorted the world’s priorities are when many millions of people still cannot access the essential resources that others take for granted. As global justice campaigners often repeat, the underlying causes of this gross inequity are political in nature as they stem from the policy choices that governments make, the institutions that govern economic relationships, and the unrivalled power and influence of the world’s largest corporations.

Without reforming these structural conditions, international aid and other forms of financial redistribution will never be an adequate means for ending poverty or reducing the gap between rich and poor. If the global economy is to serve the interests of all people, it must be primarily geared towards guaranteeing the fulfillment of social and economic rights in perpetuity – founded upon a genuine form of multilateral cooperation and economic sharing.

The text above is taken from 'A primer on global economic sharing'.

Article: Should we celebrate a decline in global poverty?
The World Bank's latest data suggests a decline in global poverty throughout every region of the developing world, as well as the fulfillment of the...
Article: Will development goals ever be enough?
Governments must accept that the root causes of poverty, inequality and climate change will never be addressed without substantial reforms to the global...
Article: Do we care about urban poverty?
While the United Nations recently claimed victory for the Millennium Development Goal on slums, the global population of slum-dwellers continues to grow....
Article: World bank poverty figures: what do they mean?
The World Bank's revised international poverty line of $1.25, which on many counts reveals a negligible difference in reducing poverty since 1981, raises...
Printer-friendly version