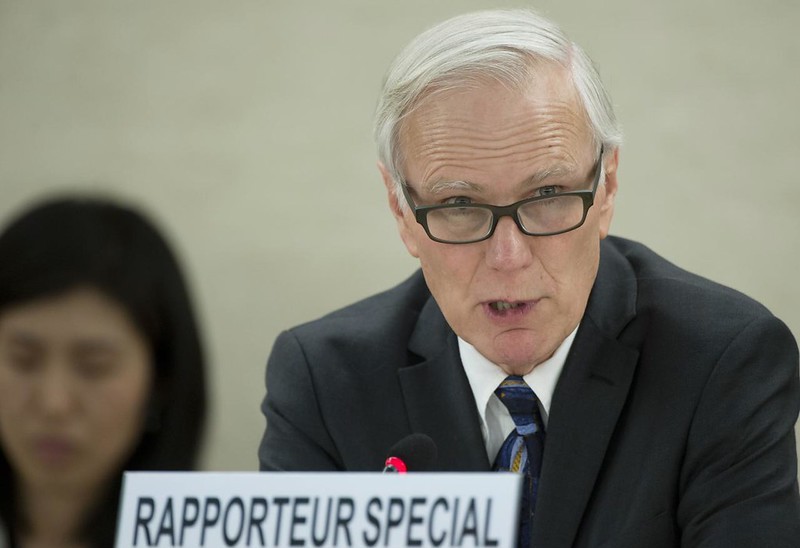 Global poverty is rising, directly contradicting the mainstream wisdom that it is being eradicated, according to a new report to the UN. States are completely off-track to meet their goal of extreme poverty eradication by 2030, and COVID-19 is now rapidly impoverishing many more.

“Even before COVID-19, we squandered a decade in the fight against poverty, with misplaced triumphalism blocking the very reforms that could have prevented the worst impacts of the pandemic”, said Philip Alston, the former UN Special Rapporteur on extreme poverty and human rights, upon the release of his final report, which was presented to the UN Human Rights Council by his successor, Olivier De Schutter.

“COVID-19 is projected to push hundreds of millions into unemployment and poverty, while increasing the number at risk of acute hunger by more than 250 million. But the international community’s abysmal record on tackling poverty, inequality and disregard for human life far precede this pandemic”, said Alston.

“Over the past decade, the UN, world leaders and pundits have promoted a self-congratulatory message of impending victory over poverty, but almost all of these accounts rely on the World Bank’s international poverty line, which is utterly unfit for the purpose of tracking such progress”, said Alston. The expert condemned the near universal reliance on the Bank’s line, currently $1.90 (2011 PPP) per day, which he said is deeply flawed and yields a deceptively positive picture.

The Bank’s line shows the number of people in extreme poverty fell from 1.9 billion in 1990 to 736 million in 2015. “But the line is scandalously unambitious, and the best evidence shows it doesn’t even cover the cost of food or housing in many countries. The poverty decline it purports to show is due largely to rising incomes in a single country, China. And it obscures poverty among women and those often excluded from official surveys, such as migrant workers and refugees.”

While World Bank economists have quietly recognised many of these limitations, the Bank’s focus remains fixed on the line, which features prominently in its research and publications, and the international community has followed suit.

“The result is a Pyrrhic victory, an undue sense of immense satisfaction, and dangerous complacency. Using more realistic measures, the extent of global poverty is vastly higher and the trends extremely discouraging”, Alston said. “Even before the pandemic, 3.4 billion people, nearly half the world, lived on less than $5.50 a day. That number has barely declined since 1990.”

Alston also criticised the framework through which poverty eradication efforts and development policy are structured at the global level, the Sustainable Development Goals (SDGs) and the 2030 Agenda. “The UN and its member states are sleepwalking towards failure. Five years after their adoption, it is time to acknowledge that the SDGs are simply not going to be met.

Rather than providing a roadmap for States to tackle the critical problems of our time, the energy surrounding the SDG process has gone into generating colorful posters and bland reports that describe the glass as one-fifth full rather than four-fifths empty. COVID-19 and the accompanying economic debacle should provide an impetus to revisit the framework of the 2030 Agenda.”

Economic growth is at the core of the SDGs and presented as the engine for eradicating poverty. “But after decades of unparalleled growth, the primary beneficiaries have been the wealthiest. Rather than an end to poverty, unbridled growth has brought extreme inequality, widespread precarity in a world of plenty, roiling discontent and climate change—which will take the greatest toll on the world’s poor.”

“The rush to fund the SDGs through ever-greater reliance on the private sector, whether through public-private partnerships or philanthropy, is a blind alley. Too many ‘win-win’ promises are fairy tales”, Alston said. “Instead multinational companies and investors draw guaranteed profits from public coffers, while poor communities are neglected and underserved.”

“It’s time for a new approach to poverty eradication that tackles inequality, embraces redistribution, and takes tax justice seriously,” said Alston. “Poverty is a political choice and it will be with us until its elimination is reconceived as a matter of social justice.”

Philip Alston is the John Norton Pomeroy Professor of Law at New York University School of Law, where he chairs the Centre for Human Rights and Global Justice. He was the United Nations Special Rapporteur on extreme poverty and human rights between 2014-2020.

Article: Global poverty: coronavirus could drive it up for the first time since the 1990s
The global pandemic could push half a billion people into deeper poverty on some counts and lead to a new COVID-19 apartheid era, warn Andy Sumner,...
News: UN: Special rapporteur on extreme poverty urges 'serious discussion' of basic income
A Special Rapporteur of the United Nations held a panel discussion on universal basic income and the future of human rights on June 8, 2017, in which the...
News: World faces worst food crisis for at least 50 years, UN warns
The world stands on the brink of a food crisis worse than any seen for at least 50 years, the UN has warned as it urged governments to act swiftly to...
Article: United Nations: Human rights at risk from tsunami of privatisation
Widespread privatization of public goods is systematically eliminating human rights protections and further marginalising the interests of low-income...
Printer-friendly version