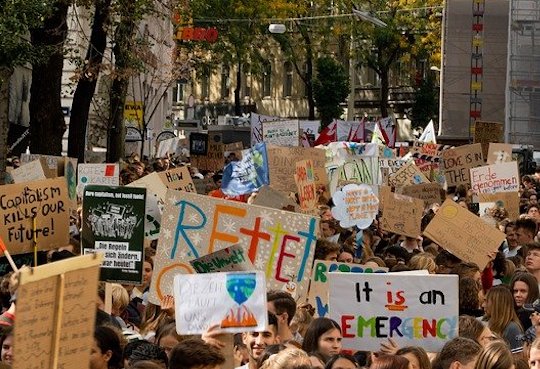 A fair share analysis finds current pledges from wealthy countries fall much further below the mark than previously understood, demonstrating the need for international climate action on fossil fuel production.

A global coalition of civil society organisations from social movements, environmental and development NGOs, trade unions and faith groups have released a new report — Fair Shares Phase Out: A Civil Society Equity Review of an Equitable Global Phase Out of Fossil Fuels.

The report applies a long-standing “equity analysis” to countries’ climate pledges (Nationally Determined Contributions or NDCs) to assess how each country is delivering on the Paris Agreement’s goal of pursuing best efforts to limit warming to 1.5°C.

“Questions of climate action are not only scientific; they are also moral questions. Since Paris in 2015, Civil Society Reviews have provided a broadly agreed ethical basis for assessing countries’ pledges against their fair shares of the necessary global effort. The results show that the actions proposed by countries, at home and abroad, especially from wealthy countries like the UK and the US, are far from what’s required,” said Lidy Nacpil, Coordinator of the Asian Peoples Movement on Debt and Development.

“A key gap in international climate action is identified by the report as well, an elephant in the room: international goals do not currently address the production of fossil fuels,” explained Sara Shaw of Friends of the Earth-International.

“Fossil fuels are the biggest driver of global heating. The lack of coordinated international action, based on principles of equity and justice, is a huge barrier to addressing the climate crisis. This report outlines how governments, if they listen to their people, could begin this historic and necessary shift,” commented Harjeet Singh, of Climate Action Network International and the Fossil Fuels Non-Proliferation Treaty Initiative.

“We have spent too long talking about emissions reductions without highlighting clear steps to end fossil fuel supply. Fossil fuel phase out and energy transition are clear necessities to avoid the worst of climate change, especially for African countries who bear the least responsibility and worst effects. This report lays out clear imperatives to ensure that phase out and energy transition can happen in a just and equitable manner.” Mohamed Adow, Founder and Director of Power Shift Africa

“It’s one thing to talk in vague and airy terms about a fair global climate transition.  It’s another to talk about specific nations and their challenges, relative to the very rapid fossil phaseout we now need. This report, which gets down to key country cases, is a step forward for the global climate justice movement – and a sign of its ongoing maturation. There’s much more to say, of course, but this is a terrific piece of work.” Tom Athanasiou, Executive Director, EcoEquity

Pulling back from the edge of climate catastrophe requires us to both break the link with our addiction to burning more fossil fuels and the race to drill for more oil and gas. Staying within the 1.5°C temperature level and doing so equitably whilst meeting the huge crisis of energy poverty needs a fair share approach to energy. Asad Rehman, War on Want

Report: US and EU owe more than half the cost of repairing future damage caused by climate disasters
New analysis sets out how much responsibility the wealthy countries behind the climate crisis must take for the devastating impact that rising global...
Article: Global inequality in a time of climate emergency
Every national campaign for tackling climate change also needs an international justice plank, because we’re not going to get anywhere near the Paris...
Report: After Paris: countries are not paying their fair share
A review of climate targets and commitments by each country has been released during the UN climate conference in Poland.
Report: Equity and the ambition ratchet
Share The World's Resources is one of many signatories to the latest Civil Society Equity Review, which proposes a policy framework for a fair sharing of...
Article: Home truths about the climate emergency
COP22 again highlighted the mismatch between illusive policymaking and the stark reality of global warming. As always, it was left to civil society groups...
Blog: Share The World's Resources verdict on the Paris Agreement
There is no true ambition or justice in a global climate deal that undermines the principles of sharing, equity and justice. But after the ‘COP-out’...
Printer-friendly version