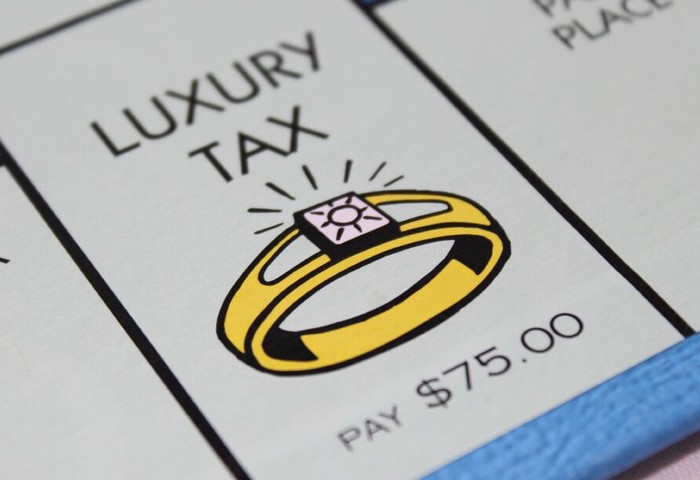 Countries are losing a total of over $427 billion in tax each year to international corporate tax abuse and private tax evasion, costing countries altogether the equivalent of nearly 34 million nurses’ annual salaries every year – or one nurse’s annual salary every second.

As pandemic-fatigued countries around the world struggle to cope with second and third waves of coronavirus, a ground-breaking study published today reveals for the first time how much public funding each country loses to global tax abuse and identifies the countries most responsible for others’ losses. In a series of joint national and regional launch events around the world, economists, unions and campaigners are urging governments to immediately enact long-delayed tax reform measures in order to clamp down on global tax abuse and reverse the inequalities and hardships exacerbated by tax losses.

The inaugural edition of the State of Tax Justice – an annual report by the Tax Justice Network on the state of global tax abuse and governments’ efforts to tackle it, published today together with global union federation Public Services International and the Global Alliance for Tax Justice – is the first study to measure thoroughly how much every country loses to both corporate tax abuse and private tax evasion, marking a giant leap forward in tax transparency.

While previous studies on the scale of global corporate tax abuse have had to contest with the fog of financial secrecy surrounding multinational corporations’ tax affairs, the State of Tax Justice analyses data that was self-reported by multinational corporations to tax authorities and recently published by the OECD, allowing the report authors to directly measure tax losses arising from observable corporate tax abuse. The data, referred to as country by country reporting data, is a transparency measure first proposed by the Tax Justice Network in 2003. After nearly two decades of campaigning, the data was made available to the public by the OECD in July 2020 – although only after multinational corporations’ data was aggregated and anonymised.

Of the $427 billion in tax lost each year globally to tax havens, the State of Tax Justice 2020 reports that $245 billion is directly lost to corporate tax abuse by multinational corporations and $182 billion to private tax evasion.5Multinational corporations paid billions less in tax than they should have by shifting $1.38 trillion worth of profit out of the countries where they were generated and into tax havens, where corporate tax rates are extremely low or non-existent. Private tax evaders paid less tax than they should have by storing a total of over $10 trillion in financial assets offshore.

Rich countries are responsible for almost all global tax losses

G20 member countries meeting this weekend for the Leaders’ Summit 2020 are collectively responsible for 26.7 per cent of global tax losses, costing countries over $114 billion in lost tax every year. The G20 countries themselves also lose over $290 billion each year.

In 2013, the G20 mandated the OECD to require collection of the country by country reporting data analysed by the State of Tax Justice 2020 – a measure the OECD had long resisted until then. In 2020, the OECD’s consultation on country by country reporting highlighted two major demands from investors, civil society and leading experts: that the technical standard be replaced with the far more robust Global Reporting Initiative standard, and – crucially – that the data be made public.7

The Tax Justice Network is calling on the G20 heads of state summit this weekend to require the publication of individual multinationals’ country by country reporting, so that corporate tax abusers and the jurisdictions that facilitate them can be identified and held to account.

“A global tax system that loses over $427 billion a year is not a broken system, it’s a system programmed to fail. Under pressure from corporate giants and tax haven powers like the Netherlands and the UK’s network, our governments have programmed the global tax system to prioritise the desires of the wealthiest corporations and individuals over the needs of everybody else. The pandemic has exposed the grave cost of turning tax policy into a tool for indulging tax abusers instead of for protecting people’s wellbeing.

“Now more than ever we must reprogramme our global tax system to prioritise people’s health and livelihoods over the desires of those bent on not paying tax. We’re calling on governments to introduce an excess profit tax on large multinational corporations that have been short-changing countries for years, targeting those whose profits have soared during the pandemic while local businesses have been forced into lockdown. For the digital tech giants who claim to have our best interests at heart while having abused their way out of billions in tax, this can be their redemption tax. A wealth tax alongside this would ensure that those with the broadest shoulders contribute as they should at this critical time.”

“The reason frontline health workers face missing PPE and brutal understaffing is because our governments spent decades pursuing austerity and privatisation while enabling corporate tax abuse. For many workers, seeing these same politicians now “clapping” for them is an insult. Growing public anger must be channelled into real action: making corporations and the mega rich finally pay their fair share to build back better public services.

“When tax departments are downsized and wages cut, corporations and billionaires find it even easier to swindle money away from our public services and into their offshore bank accounts. This is of course no accident; many politicians have wilfully sent the guards home. The only way to fund the long-term recovery is by making sure our tax authorities have the power and support they need to stop corporations and the mega rich from not paying their fair share. The wealth exists to keep our societies functioning, our vulnerable alive and our businesses afloat: we just need to stop it flowing offshore.

“Let’s be clear. The reason corporations and the mega rich abuse billions in taxes isn’t because they’re innovative. They do it because they know politicians will let them get away with it. Now that we’ve seen the brutal results, our leaders must stop the billions flowing out of public services and into offshore accounts, or risk fuelling cynicism and distrust in government.”

“The State of Tax Justice 2020 captures global inequality in soberingly stark numbers. Lower income countries lose more than half what they spend on public health every year to tax havens – that’s enough to cover the annual salaries of nearly 18 million nurses every year. The OECD’s failure to deliver meaningful reforms8 to global tax rules in recent years, despite the repeated declaration of good will, makes it clear that the task was impossible for a club of rich countries. With today’s data showing that OECD countries are collectively responsible for nearly half of all global tax losses, the task was also clearly an inappropriate one for a club heavily mixed up in global tax havenry.

“We must establish a UN tax convention to usher in global tax reforms. Only by moving the process for setting global tax standards to the UN can we make sure that international tax governance is transparent and democratic and our global tax system genuinely fair and equitable, respecting the taxing rights of developing countries.”

The Tax Justice Network, Public Services International and the Global Alliance for Tax Justice, along with supporting NGOs, campaigners and experts around the world, are together calling on governments to take three actions to tackle global tax abuse:

About the Tax Justice Network:

The Tax Justice Network believes a fair world, where everyone has the opportunities to lead a meaningful and fulfilling life, can only be built on a fair code of tax, where we each pitch in our fair share for the society we all want. Our tax systems, gripped by powerful corporations, have been programmed to prioritise the desires of the wealthiest corporations and individuals over the needs of everybody else. The Tax Justice Network is fighting to repair this injustice. Every day, we equip people and governments everywhere with the information and tools they need to reprogramme their tax systems to work for everyone.

Public Services International is a Global Union Federation of more than 700 trade unions representing 30 million workers in 154 countries. We bring their voices to the UN, ILO, WHO and other regional and global organisations. We defend trade union and workers’ rights and fight for universal access to quality public services.

About the Global Alliance for Tax Justice:

The Global Alliance for Tax Justice is a growing movement of civil society organisations and activists, united in campaigning for greater transparency, democratic oversight and redistribution of wealth in national and global tax systems. We comprise the five regional tax justice networks of Africa, Latin America, Asia, North America and Europe, which collectively represent hundreds of organisations.

Report: Financing the global sharing economy, part three (4): stop tax avoidance
This section of the report 'Financing the Global Sharing Economy' argues that preventing the excessive leakage of revenues through tax avoidance and tax...
Blog: Beirut and Santiago in the streets: Why multinationals should pay their fair share of taxes
If multinationals—and the super-rich—do not pay their fair share of taxes, governments cannot invest in access to education, health care, and decent...
Article: We could eliminate extreme global poverty if multinationals paid their taxes
If we recouped the annual global revenue losses due to multinational tax avoidance, we could literally eliminate extreme income poverty around the world,...
Article: No tax, no justice
Finding ways to increase tax revenue is critical if developing countries are to fund essential public services and reduce poverty. Global reforms to...
Blog: Convening world conference on tax evasion should be priority for next Secretary-General – UN expert
The newly selected UN Secretary-General António Guterres should convene a world conference on tax avoidance and evasion, the abolition of tax havens and...
Article: Ecuador revives campaign for UN tax body
The Republic of Ecuador, currently chair of the largest single coalition of developing countries at the United Nations, is reviving a longstanding...
Printer-friendly version