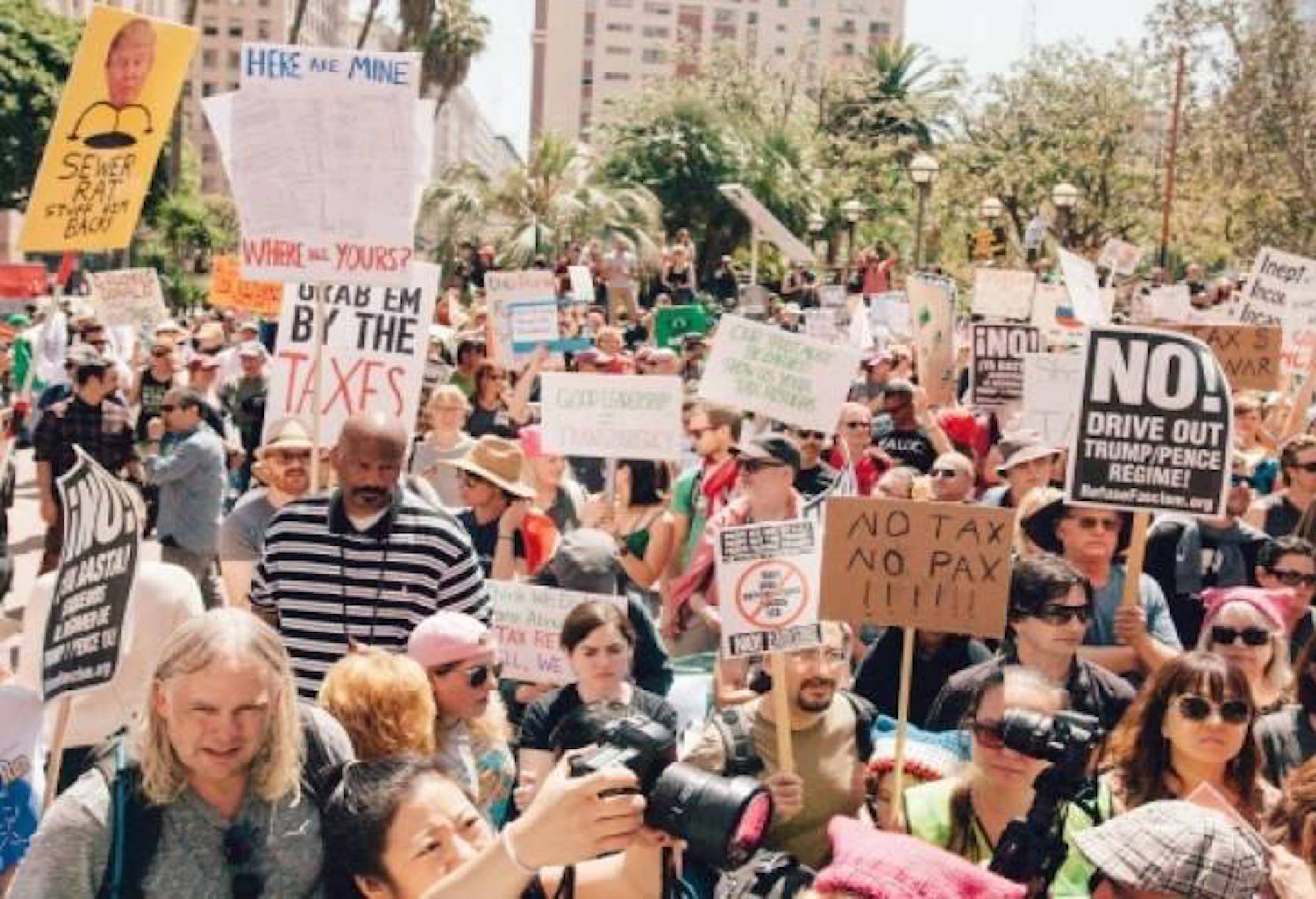 Arguing that only a positive and truly transformative economic agenda will be sufficient to overcome the Republican congressional majority and President Donald Trump, scores of progressive leaders this week endorsed a bold 11-point platform that calls for Medicare for All, tough Wall Street regulation, and a ban on corporate money in elections, writes Jake Johnson at Common Dreams.

"We will resist Trump. But resistance is not enough," reads the introduction to the platform, unveiled by Campaign for America's Future (CAF). "We therefore pledge that: We will fight for good jobs, sustainable prosperity, and economic justice. We will work to build a movement that can make that agenda a reality."

In introducing the ambitious platform—which has already earned the backing of more than 70 prominent progressives, including author Naomi Klein and Our Revolution president Nina Turner—CAF is looking to chart a path that reaches far beyond the centrist and incrementalist approach favored by the current Democratic leadership.

"The elites have failed us," the platform reads. "We need a political movement that fights to take back our government from those who have corrupted and subverted it."

Roger Hickey, co-director of CAF and one of the architects of the platform, said in an interview with the Huffington Post that this objective cannot be achieved by those who are merely anti-Trump.

Here are the 11 planks of the agenda, which supporters believe can both turn out the Democratic base and win over millions of non-voters:

"We need to fight to make government an instrument of the common good, not the special interests," the platform concludes. "That requires a powerful, unified movement for economic justice that will take back our democracy."

Article: Rise up America, rise up!
The time has come when America must rapidly transform its values through a more inclusive and spiritual vision, based upon a just sharing of the world’s...
Report: Heralding Article 25: A people's strategy for world transformation
After so many years of political inaction only the massed goodwill of ordinary people can bring about an end to poverty in a world of plenty through...
Report: Towards a universal basic income for all humanity
A truly universal and unconditional basic income is ultimately feasible within each nation, coordinated under the auspices of the United Nations. Yet this...
Report: "American Dream is rapidly becoming American Illusion," warns UN rights expert on poverty
The United States, one of the world’s richest nations and the “land of opportunity”, is fast becoming a champion of inequality, according to the United...
Printer-friendly version