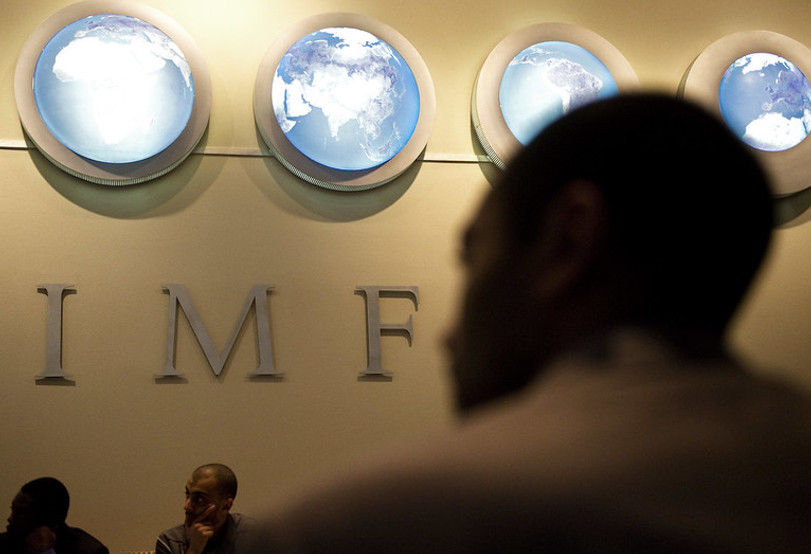 Unless austerity is reversed, people in developing countries will lose social protections and public services just when they are most needed. And it doesn't have to be this way, write Isabel Ortiz and Matthew Cummins for Project Syndicate.

The world is confronting multiple, compounding crises, from COVID-19, energy, inflation, debt, and climate shocks to unaffordable living costs and political instability. The need for ambitious action cannot be greater. However, the return of failed policies such as austerity, now called “fiscal restraint” or “fiscal consolidation,” and a lack of effective taxation and debt-reduction initiatives threaten to exacerbate the macroeconomic instability and daily hardships that billions of people are facing. Unless policymakers change course, an “austerity pandemic” will make global economic recovery even more difficult.

As we show in a recent report, the looming wave of austerity will be even more premature and severe than the one that followed the 2008 global financial crisis. An analysis of IMF expenditure projections indicates that 143 governments will cut spending (as a share of GDP) in 2023, affecting more than 6.7 billion people – or 85% of the world population. In fact, most governments started scaling back public spending in 2021, and the number of countries slashing budgets is expected to rise through 2025. With average spending cuts of 3.5% of GDP in 2021, this contraction has already been much bigger than in earlier shocks.

The austerity measures that governments are considering or already implementing will be deeply harmful to their populations, and especially to women. Governments are planning to limit social protections for vulnerable populations; cut programs for families, the elderly, and people with disabilities; slash or cap the public-sector wage bill (implying a reduction of frontline workers like teachers and health personnel); eliminate subsidies; privatize transportation, energy, and water services; cut pension benefits; reduce labor protections and employers’ social-security contributions; and decrease health expenditures.

In parallel, many governments are adopting short-term revenue-generation strategies that will also have detrimental social effects. These include increasing consumption taxes – such as regressive sales and value-added taxes (VAT) – strengthening public-private partnerships, and increasing fees for public services.

Not only are these governments pursuing painful austerity at a time when the region is dealing with unprecedented droughts and a cost-of-living crisis. They also are showing little willingness to adopt policies – such as higher tax rates for corporations and wealthy individuals – that are critical to reducing their already-high levels of inequality.

Unless austerity is reversed, people in developing countries will lose social protections and public services just when they are most needed. According to Oxfam, almost half of the global population is already living on less than $5.50 per day. And, lest we forget, trillions of dollars have been mobilized since the start of the pandemic to support corporations, while ordinary people have borne many of the costs of adjustment.

The dangers of an aggressive austerity approach were made clear over the past decade. From 2010 to 2019, billions of lives were upended by cuts to pensions and social benefits; lower investments in programs for women, children, and the elderly; fewer and lower-paid teachers, health, and local civil servants; and higher prices from basic consumption taxes.

It doesn’t have to be this way. There are alternatives to austerity. Even in the poorest countries, there are at least nine other financing options that some governments have been using for years, and that are fully endorsed by the United Nations and international financial institutions. These include progressive taxation; debt elimination or restructuring; clamping down on illicit financial flows; increasing employers’ social-security contributions and coverage by formalizing workers in the informal economy; using fiscal and foreign-exchange reserves; re-allocating public expenditures; adopting a more accommodating macroeconomic framework; securing official development assistance; and new allocations of the IMF’s reserve asset, special drawing rights.

Since fiscal decisions affect everyone, they should be made not behind closed doors, but through inclusive and transparent national dialogues that include trade unions, employer federations, and civil-society organizations. Governments must abandon austerity measures that benefit the few at the expense of the many. Only by exploring alternative approaches can we support people and get back on track to achieve the UN Sustainable Development Goals. The world is still suffering one kind of pandemic. There is no need for another.

Isabel Ortiz, Director of the Global Social Justice Program at the Initiative for Policy Dialogue at Columbia University, is a former director of the International Labor Organization and UNICEF, and a former senior official at the United Nations and the Asian Development Bank. Matthew Cummins is an economist who has worked at the United Nations Development Programme, UNICEF, and the World Bank.

Filed under:
Poverty and hunger, Inequality, Finance and debt

Article: The ILO’s Global Social Protection Week needs to address austerity, the elephant in the room
Financing social protection systems that are both adequate and sustainable is not a fantasy. There are a number of measures that governments can take to...
Report: Demanding justice beyond rhetoric
The latest Spotlight on Sustainable Development 2021 report argues that it's time to overcome contradictions and hypocrisy in the COVID-19 crisis....
Report: Adding fuel to fire: How IMF demands for austerity will drive up inequality worldwide
A new briefing paper by Oxfam shows that the International Monetary Fund is systematically encouraging countries to adopt austerity measures once the...
Report: Global austerity alert: Looming budget cuts in 2021-25 and alternative pathways
A new global study sounds an alert of an emerging austerity shock: most governments are imposing budget cuts, precisely at a time when their citizens and...
Blog: Citizen action is central to the global response to COVID-19
Now is the time for citizens to ensure that world leaders forcefully respond to the COVID-19 crisis in accordance with human rights, write Isabel Ortiz...
Report: 85% of the world’s population will live in the grip of stringent austerity measures by next year
A new report End Austerity: A global report on budget cuts and harmful social reforms shows that 85 per cent of the world’s population will live in the...
Event: The End Austerity Activism Festival
The End Austerity Campaign calls on activists and organisations from all around the world to denounce the new wave of austerity spreading across the world...
Report: In the midst of the pandemic, why is the IMF still pushing austerity on the Global South?
Despite its own warnings, the International Monetary Fund is risking another ‘lost decade’ for development, reports Soren Ambrose for openDemocracy.
Report: End austerity – and kickstart Martin Luther King’s revolution of values
Fifty years ago, at New York’s Riverside Church, Martin Luther King made a passionate plea for a more equal, more just, more peaceful and more dignified...
Printer-friendly version