Are we headed for mass revolts to upturn the global economic model? 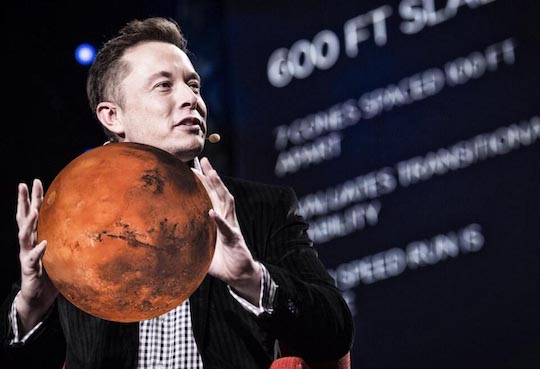 How long can billionaires continue to amass wealth while the world's poorest struggle to buy food? By Paul Rogers for Common Dreams.

While it has long been blatantly obvious that the global economic model is not working for all, the rate of accumulation of wealth by a small minority is now breathtaking – if not totally obscene.

With the situation only being worsened by the economic impact of the Ukraine War – which has come on top of the effects of the COVID-19 pandemic – could we be headed for mass revolts sparked by a desperate need for change?

The war is causing food shortages, with the world’s poorest the most affected. Though the full impact is yet to be felt, the number of severely food insecure people has already “doubled from 135 million to 276 million” in just two years, leaving “almost 50 million on the edge of famine.”

Though the Global South is the worst hit, poorer communities in richer states are also affected. Here in the UK, where millions of people already live close to the edge, there has been a surge in the need for food banks as many are pushed into critical need. Many schools in more deprived areas are forced to provide breakfasts every morning, not least to avoid having to teach hungry children who cannot concentrate.

Meanwhile, the rich are getting richer. In one three-month period in 2020 – which coincided with the start of the pandemic – the world’s then 2,189 billionaires increased their wealth by 27.5% to $10.2trn, according to Swiss private bank UBS. This represented a 70% increase in their wealth in just three years.

Two years on, there are now 2,668 billionaires. Just last week, Britain’s Sunday Times published its annual ‘rich list’ of the country’s most wealthy – reporting the richest ten individuals and families have a combined £182bn.

In this context, two questions arise. Why has the global rich-poor divide grown so wide? And why has there not been a bigger uprising against it?

The latter is particularly confusing, given our global system has seen such a vast increase in overall wealth in the past 75 years. After all, following the end of World War Two, many countries in the West put considerable effort into public services, developing much-improved health systems, public education, housing, and basic social assistance support for the most marginalized.

What has happened since? The answer is widely recognized to be ‘neoliberalism’, an approach whose essence is that the true foundation of economic success is strong and determined competition, which a political system must work towards to have any chance of success.

This approach was developed in the 1950s, with the work of economists including Friedrich Hayek and Milton Friedman, and has since been shaped by a network of more than 450 right-wing think tanks and campaign groups.

Neoliberalism is aided by taxation designed to benefit the more successful; the firm control of organized labor to minimize opposition; and the maximum privatizations of transport, utilities such as energy, water and communications, housing, health, education and even security.

There are obviously losers from this system, but typically enough wealth will ‘trickle down’ to prevent serious opposition. It is a line of thinking that can reach the fervor of a religious belief and is certainly best seen as an ideology.

The switch to neoliberalism was boosted by the huge economic upheavals that followed the 1973-74 oil price hikes (over 400% in eight months). Stagflation became the order of the day and, in the UK and the US, key elections at the end of the decade brought in the Thatcher and Reagan administrations.

Both newly elected leaders were convinced of the need to embrace the new thinking. Throughout the 1980s, the US pursued a firm belief in the need to accelerate tax changes and financial deregulation, while Britain sought to control the trade unions and oversee the large-scale privatizations of state assets – Thatcher’s mantra being “there is no alternative”.

Two global processes also did much to speed up the transition towards neoliberalism. The first was the ‘Washington Consensus’, introduced in 1989, which set out free-market economic policies for ‘developing countries’. The World Bank and IMF led the way in ensuring the Global South followed the new model.

The second was the collapse of the Soviet bloc. Russia’s immediate embrace of hyper-capitalism was surely the proof, if any was needed, of the value of the neoliberal approach and the obsolescence of a centrally planned system. Even China was moving towards hybrid authoritarian capitalism.

But now, more than three decades on, neoliberalism does much to explain the obscene levels of wealth for the few, not the many. So, why has it had so little resistance? Part of the answer is the residue of the experience of pre-neoliberal economics, a sense that things were worse before the likes of Thatcher and Reagan came on the scene. That view persists but is rapidly losing its potency in the face of the widening divide.

A more realistic explanation lies in so much of the West’s mainstream mass media being controlled by singularly wealthy individuals, families, and corporations. In the UK, the print media is dominated by just three billionaire families, who set much of the news agenda. They are hardly likely to focus too much on deep inequalities that, if addressed, would strike at their own power.

That doesn’t rule out radical responses, though. ISIS and other Islamist paramilitary movements have benefited enormously from their ability to recruit marginalized and angry young men with very limited life prospects, offering a cult-like alternative to their deep frustrations.

There are, of course, current instances of revolt elsewhere, such as in Sri Lanka, which have specific causes, invariably in a much wider context. But we have not yet seen any truly transnational movement, though it is worth remembering the coincidence of many revolts in a few months during the latter part of 2019.

In October of that year, thousands took to the streets in Iraq to rebel against levels of unemployment and low wages, which came amid rampant corruption in a country basically rich in fossil fuels. At the same time, Lebanon witnessed repeated street demonstrations against inequality and corruption, and Chile experienced protests that were framed “as a response to both the failed promises of neoliberalism and the inequality that neoliberal policies have arguably created in the country.” Elsewhere France had the Yellow Vests protests, and Ecuador, Bolivia, Haiti, Albania, Ukraine, Serbia, and even Russia saw civil unrest.

As an Oxford Research Group analysis put it at the time: “In most cases there are specific factors which push unease and resentment over into demonstrations often followed by repression and violence.

“A few may have little to do with rising inequality and diminishing life prospects, but for the majority, these are very much part of the wider social and political context.”

Those revolts did not spill over into a transnational anger, though, let alone violence. The individual protests have not been seen as part of a more global process and there is little sense of a worldwide movement of revolt. But now, the economic effects of the pandemic and the Ukraine war, combined with the growing impact of climate breakdown, suggest that it is only a matter of time. If that is the case, then we really are moving into uncertain times.

Article: The age of discontent: What drives the rising wave of world protests?
New research shows that global protests are rising and have much in common - asking for no more than established human rights. By Walden Bello and Isabel...
Article: A world in trouble: drought, war, food, flight
Climate change is becoming a permanent reality affecting food supplies in many parts of the world, escalating a new international food crisis in 19...
Blog: Real change won't come from the G7
How the G7 continues to stand in the way of a more democratic international order - by Nick Dearden for the New Internationalist.
Article: Mapping major protests around the world
Protest movements are on the rise worldwide amid deepening inequalities and job crises worsened by the continuing coronavirus pandemic.
Blog: India just had the biggest protest in world history - will it make a difference?
In late November, what may have been the single largest protest in human history took place in India, as upward of 250 million people around the...
Article: The key to global security? It’s not just about security
In his 900th column for openDemocracy, Paul Rogers shows how economics and climate demand a new approach to international security.
Printer-friendly version