'Footprint Justice' and 'Fair Earth Shares' is getting more attention 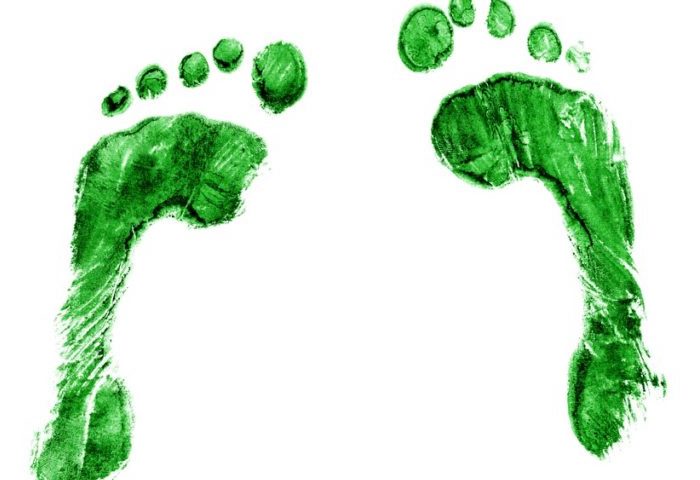 The campaign for 'Footprint Justice' is gathering momentum with a call for UN member states to investigate the legal implications of enshrining a 'Fair Earth Share' as a human right. The following article explains the latest developments, by Jan Juffermans of the Dutch Platform Fair and Green Economy.

We know from various calculations and reports that the rich countries use a disproportionate amount of the Earth, which has resulted in major social and ecological problems. This already started in colonial times and got more and more out of hand due to the growth of international trade. For a long time, these raw numbers were used: 20% of the people on Earth, especially in the rich countries, use about 80 to 85% of the annually traded (fossil) energy, land and raw materials.

Due to the great differences in energy consumption, the term 'Climate Justice' has been used. The users of a lot of fossil energy, even over many years, are therefore by far the biggest causes of climate disruption. They therefore have by far the greatest responsibility to effectively combat climate disruption and to help poorer countries as much as possible. This is also recognized in the UN Climate negotiations.

It is not different with raw materials and the use of agricultural land. Here, too, we see that the rich countries are irresponsibly seizing global lands and resources. For many people there is almost nothing left and that means poverty. Hardly anything is done against this unacceptable situation. To denounce that, I started using the term "Footprint Justice" a few years ago and wrote an essay about it, which was published on the Resilience site in the US.

To take a positive position, the starting point 'A Fair Earth Share is a Human Right, for present and future generations' was devised. The interesting thing is that this can be quantified today. Using the 'Ecological Footprint' model, the Global Footprint Network calculates the average global footprints of all countries every two years. Comparing these footprints, calculated with the same model, provide the scientific figures of the unequal distribution between countries. The project is being further developed with the support of the Platform Fair and Green Economy. The intention is to have the right to a 'Fair Earth Share' ultimately enshrined in international law. See a more detailed explanatory document here (in English) with the most important steps that have already been taken.

Contacts have been established with various persons and organizations, and the plan has been developed to request an 'Advisory Opinion' from the International Court of Justice in The Hague. The project has now reached the stage where a few countries are being sought, preferably a rich country and a country with a low national income, that want to put this statement on the agenda of the United Nations. After that, all countries are allowed to rule on the matter before the International Court of Justice, followed by a judgment by the judges. Important for this is the support statement issued jointly by professors Hans Opschoor, Jan Pronk and Nico Schrijver.

The aforementioned statement now looks for countries with a new vision on the economy, such as Scotland, Iceland, New Zealand, Wales and Finland, which have started to cooperate as the Wellbeing Economy Governments (WEGo). Katherine Trebeck is one of the initiators of the Wellbeing Economy Alliance and founder of this new economic philosophy, which focuses on wellbeing and not just material prosperity. These countries therefore give priority to new indicators, which they consider more important than the Gross Domestic Product. WEGo has now been asked whether they want to take the initiative to apply for the aforementioned 'Advisory Opinion' (also republished below).

Original source: This is the English translation of the article which was originally published on Platform DSE.

Give everyone structural rights and room to thrive

Although in the last 40 years, the wellbeing of many people has increased, and some have seen an extreme rise in their income, the living standards for many others not only have not improved but in some cases have even deteriorated. The time for a new approach is now!

According to the UN Universal Declaration of Human Rights, everyone has the right to 'a decent standard of living, including food, clothing, housing, medical care and social services' (article 25). However, until now, there is no practical reference as to how this right can be realized. Would a new approach create new possibilities?

The UN Declaration protects everyone's right to life, which is enshrined as well in regional human rights law (such as the European Convention on Human Rights). This right to life translates into a human right of access to the Earth's natural resources and environmental qualities for all.

Given the inherent limits of the Earth systems to provide sustainably and safely those resources to current and future generations, it is crucial to consider how a human right to a fair Earth share could be translated in quantitative terms and recorded in an internationally agreed human rights language.

The Doughnut-model (2017) by Kate Raworth describes the space for sustainable and fair development for humanity, with the safe ecospace as a ceiling and the fair sharing of the social benefits of development as a floor. This space is to be calculated so as to leave a fair amount of resources for future generations.

The model of the global Ecological Footprint (1996) allows us to make quantitative scientific comparisons of present aggregate claims on global ecospace between continents, countries, cities, and persons. Through the concept of 'Safe Planetary Boundaries' (2009), the available safe ecospace can be calculated.

Following these methodologies, we can take the next step towards fair global sharing. We hope the right to a fair Earth share can be recorded in internationally agreed human rights law.

For this process to start, we seek from UN member countries to make a request to the United Nations General Assembly (UNGA) for an "Advisory Opinion" on this subject by the International Court of Justice in The Hague. The request should preferably be made by a combination of two or more high-income and low-income countries.

When the International Court of Justice starts an "Advisory Opinion" with the proposition that "A Fair Earth Share is a Human Right" all member countries of the UN are invited to give their reaction. Based on all reactions, the official 'Opinion' will be formulated.

Our request to you

We would like to ask your support for this new approach, and to take the initiative, with one or more members of the Wellbeing Economy Governments, to make this request for an Advisory Opinion an item on the agenda of the UNGA. Should you have any questions, please find our addresses below as we would be happy to provide further clarification.

The Dutch Platform Fair and Green Economy (since 2006 – www.platformDSE.org)

The Platform Fair and Green Economy is a member of the Wellbeing Economy Alliance. A more detailed 'two-pager' of the present status of this project can be found here.

A recent supportive statement for Footprint Justice by the leading scientists Hans Opschoor, Jan Pronk and Nico Schrijver from the Netherlands can be found here.

An essay about Footprint Justice by Jan Juffermans was published by Resilience in June 2020.

Article: Towards footprint justice: A fair earth share is a human right
How can we stop the overshoot of our planet’s capacity and reach fair sharing at the same time? The Dutch Footprint Group present their proposal based on...
Report: Heralding Article 25: A people's strategy for world transformation
After so many years of political inaction only the massed goodwill of ordinary people can bring about an end to poverty in a world of plenty through...
Report: Towards a rights-based economy: Putting people and the planet first
A joint report by the Center for Economic and Social Rights (CESR) and Christian Aid asks a radical question: what would it look like if we had an...
Blog: Why we need a new economic model centred on human rights
'Amid a pandemic that has taken over a million lives, we urge the same level of imagination as the drafters of the Universal Declaration over seventy...
Report: After Paris: countries are not paying their fair share
A review of climate targets and commitments by each country has been released during the UN climate conference in Poland.
Printer-friendly version