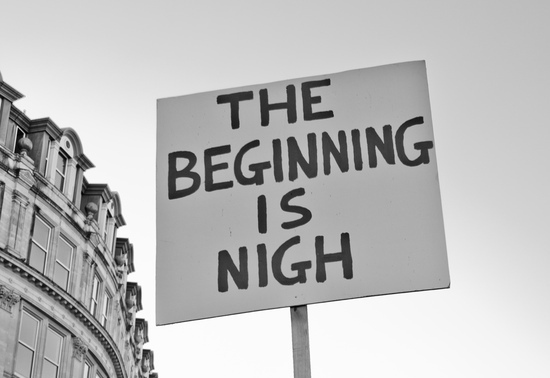 At a time when the risk of civilizational collapse is widely forewarned, it is time to recognise that the call for sharing is a cause that can unite concerned citizens working on a diverse range of interconnected global issues.

More than ever before, analysts and organisations are advocating for the process of sharing to guide our response to pressing global issues. One recent example is a research project sponsored by NASA’s Goddard Institute for Space Studies, which modelled a range of scenarios “closely reflecting the reality of the world today” and found that civilizational collapse will be “difficult to avoid”. Although the research is yet to be published, Nafeez Ahmed (executive director of the Institute for Policy Research & Development) recently outlined the report’s dramatic findings in the Guardian, which led to a flurry of activity on the blogosphere as the content went viral. Putting aside the prospect of collapse that most commentators inevitably focussed on, the research adds further weight to the notion that only an international process of economic sharing can guarantee a just and sustainable future for humanity.

For many, any talk of civilizational collapse is viewed as an overreaction to world problems. But even without the historical references to failed empires mentioned in the NASA-funded report, it is now widely accepted that today’s perfect storm of socio-economic, environmental and geopolitical crises means humanity is already in the midst of a global emergency. The study emphasises two distinct factors that most often lead to collapse. The first of these is "the stretching of resources due to the strain placed on the ecological carrying capacity" of planet earth, which is already widely visible in the pervasive and increasingly harsh impacts of climate change. The second element is the economic stratification of society into a small group of powerful ”elites” and the rest of society – the “masses”. As the Occupy movement’s infamous 1% vs the 99% slogans encapsulate, such polarisation is now almost universal, even though the evidence suggests that inequality is detrimental to economic growth and causes widespread social disruption and disenfranchisement.

A common response to this toxic mix of social and environmental dynamics is to look towards technological innovation to provide the necessary solutions. But according to the NASA report’s authors, relying on technology is an evasive way of maintaining business as usual – a familiar tendency in civilisations on the verge of collapse, where decision making is exercised by elites who are temporarily shielded from the devastating impacts of their policy decisions.

The potential triggers for civilizational collapse outlined in the report are already well-documented; people have long been calling for a more equal world, more sustainable global consumption patterns, and a shift away from techno-fixes and palliative economic reforms. But the solutions emphasised by the team of scientists who worked on the NASA paper demand further consideration. They suggest that collapse can be avoided “if the per capita rate of depletion of nature is reduced to a sustainable level, and if resources are distributed in a reasonably equitable fashion". Their conclusion essentially points to the need for a new paradigm for human progress that is broadly in line with the principle of sharing, and for this process of economic sharing to take place on an international scale. Unless nations can agree on a framework for sharing the world’s natural resources in a sustainable manner, it will remain impossible to achieve the reductions in per capita resource use or the equitable distribution proposed by the authors.

However, within the current political and economic paradigm - characterised by national self-interest and fierce international competition - attaining agreement on how to share planetary resources is an almost insurmountable challenge. Given the enormity of this task, it is important to recognise that the demand for sharing is actually a common cause that connects a diverse range of local, national and global issues. Moreover, the call for a fairer sharing of wealth, power or resources is becoming more explicit by the day, and is now evident in numerous countries across the world.

Sharing in its multiple dimensions

For example, within local communities and cities, millions of people and organisations are embracing the sharing economy, which - if properly understood in relation to concerns for global equity and sustainability - has the potential to revolutionise our economic systems from the ground up. Similarly, many local initiatives that prioritise self-sufficiency work towards sharing available resources more fairly and sustainably, and the increasingly popular commons movement also draws on a conceptual framework that is based on the principle of sharing.

At the national level, the call for wealth and power to be shared more equally and democratically was popularised during the Arab Spring and Occupy protests, and is still making headlines. There is a growing movement of people calling for a proportion of revenues from the use of land and natural resources to be shared among citizens. And countless campaigns for tax justice, an end to austerity and the strengthening of social welfare are all predicated on the notion of sharing national resources more equitably.

Demands for sharing are also well established in relation to global issues. Given that half the world still has limited access to sufficient food, water and healthcare, many campaigns focus on the need for a just redistribution of the world’s financial resources. Long established campaigns call for political power to be shared more inclusively in global governance bodies, and sharing is advocated as a key solution in international climate change negotiations. In recent years, a debate on fair shares in a constrained world has also emerged, in which major NGOs are investigating the complex issues around equity that arise in the context of resource limits and environmental boundaries.

Innumerable other instances of individuals, organisations, businesses and people’s movements calling for sharing in different ways could be mentioned. As yet, many of these campaigns exist in isolation, which is often a strategic necessity. But in light of the challenge articulated in the NASA-funded study, it may be time for those involved in sharing-related initiatives to explicitly acknowledge their common cause.

In an economic paradigm geared towards maintaining business as usual, it stands to reason that averting a civilisational collapse can only be possible if the demand for change connects disparate peoples’ movements and informs public opinion beyond national borders. This does not mean abandoning the goals of existing initiatives, but rather supporting the emergence of a common platform for change that can be explicated in the simplest terms and embraced by the greatest number of people. With support for the principle of sharing rapidly growing across the globe, a united call for sharing the earth’s resources could ultimately hold the key to safeguarding human progress in the 21st Century.

Article: The cry for justice
As the economic crisis worsens, the foremost responsibility of governments is to redesign our political and economic systems so that no-one dies of hunger...
Article: Proposing a vision of a new earth
Our failure to share resources has resulted in severe social consequences which cannot be divorced from any discussion about the environment. The most...
Report: When will ordinary people rise up?
If world leaders and policymakers are paying merely lip service to the unfolding human and environmental catastrophe, is the growing power of the people's...
Report: Sharing the world’s resources – an introduction
A sustainable global economy fit for the 21st Century must be based on a new ethical framework that reflects and supports humanity’s interdependence. The...
Article: The sharing economy: a short introduction to its political evolution
Can the sharing economy movement address the root causes of the world’s converging crises? Unless the sharing of resources is promoted in relation to...
Printer-friendly version