A global movement for sharing 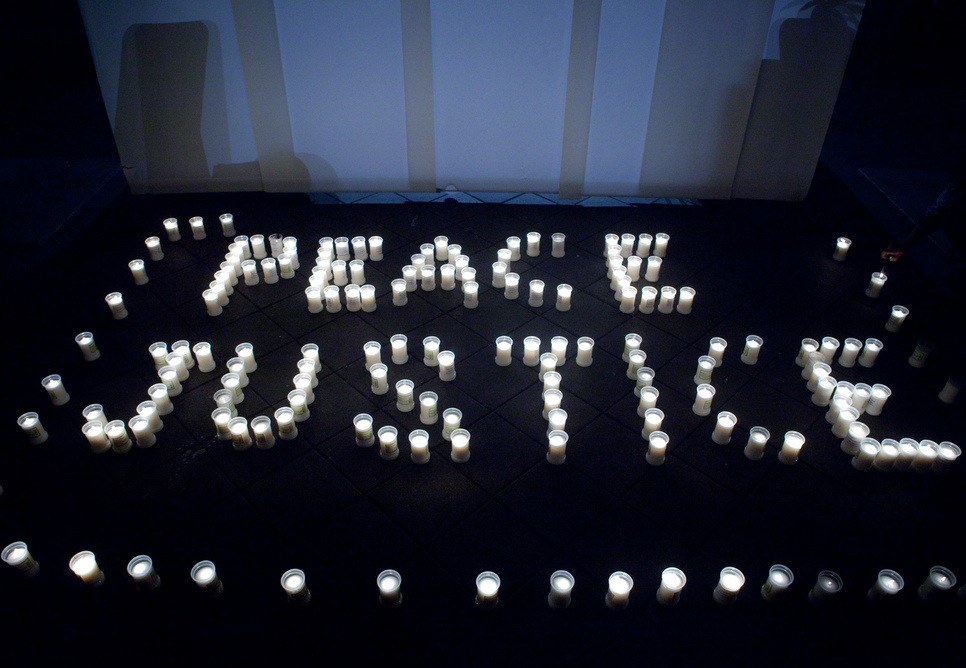 In response to a call for an emergency programme of humanitarian relief alongside a wholesale restructuring of the global economy, it is possible to view such a proposition as utopian considering the political underpinnings of our world.

At present, the dominant trend is still towards the centralisation of State and market power, and the shifting of real power away from ordinary people and communities towards largely undemocratic global institutions and multinational corporations. For too long, governments have put short-term political interests and commercial profits before the welfare of all people and the sustainability of the biosphere. Public policy under the influence of neoliberal ideology has created a world economy that is structurally dependent upon unsustainable levels of production and consumption for its continued success.

Decades of failed global conferences on interconnected issues such as climate change, international trade and sustainable development have also starkly illustrated the sheer lack of cooperation and goodwill that exists between nations today. A major reason for the failure of these high-level talks and summits is widely recognised: policymaking has long been captured by powerful corporations and business lobby groups that have the ability to maintain their vested interests at all costs. ‘Business as usual' is the anthem of this lobby, and their influence over governmental decision-making - including negotiations at the United Nations - has now reached an apex.

As humanity moves ever closer to social, economic and environmental tipping points, it is clear that we can no longer rely on governments alone to create the future we want. The hope for a better world rests with the participation of the global public in a call for reform that extends beyond national borders. As the worldwide mobilisation of people power since 2011 has demonstrated, only a united and informed public opinion is stronger than the private interests that obstruct progressive change from taking place.

The responsibility to take a stand falls squarely on the shoulders of ordinary people, not just the usual campaigners and NGOs. It is imperative that millions more people recognise what is at stake and take the lead as proponents for change - the wellbeing of planet earth and future generations largely depends on this shift in global consciousness.

Already, popular uprisings in almost every country are demonstrating in the streets for sharing, freedom and justice, and are connected by their revulsion against an economic system that has caused such huge inequalities in income and wealth. From Wall Street to Gezi Park to the Puerta del Sol, an implicit call for economic sharing is being expressed in many diverse forms. This includes the widespread mobilisations for an alternative to austerity measures; for the sharing and conservation of natural resources; for shared public spaces and the non-enclosure of the commons; and for the right priorities in public spending on behalf of the common good.

At the same time, longstanding campaigns for tax, trade and debt justice all reflect the need to redistribute wealth and political power downward. All of these movements and many others are ultimately demanding a fairer sharing of wealth, power and resources and the protection of the natural world. In the crucial period ahead, concerned citizens from every walk of life must widely support these causes and activities if there is to be hope for creating a more just, sustainable and peaceful future.

Humanity as a whole still lacks a broad-based acceptance of the need for planetary reconstruction, even despite a growing awareness among civil society of the unfolding human and environmental catastrophe. Without a global movement of ordinary people that share a collective vision of change, it may remain impossible to overcome the vested interests and structural barriers to progress that we face.

In the end, the case for global economic sharing can be summarised with a simple appeal to our common humanity and compassion. Only a collective demand for a fairer and more equal world is likely to unify citizens of both the richest and poorest nations on a common platform. Hence the urgent process of world rehabilitation must begin with a united people’s voice that speaks on behalf of the poorest and most disenfranchised, and gives the highest priority to the elimination of extreme deprivation and needless poverty-related deaths.

If the case for sharing on an international basis captures the public imagination as quickly as the calls for redistribution within individual countries, then an end to gross inequality, ecological crisis and global conflict could finally become a realistic possibility.

The text above is taken from 'A primer on global economic sharing'.

Article: The cry for justice
As the economic crisis worsens, the foremost responsibility of governments is to redesign our political and economic systems so that no-one dies of hunger...
Report: When will ordinary people rise up?
If world leaders and policymakers are paying merely lip service to the unfolding human and environmental catastrophe, is the growing power of the people's...
Article: A global call for sharing and justice
Protesters in the Arab world have much in common with those reacting to austerity across Europe, as well as the millions who have mobilised in support of...
Blog: The failure of Rio+20 is a wake-up call for people power
Following the ‘hoax summit' and failure of political leadership at Rio+20, it is clear that the responsibility for change rests with ordinary, engaged...
Article: Global justice and the future of hope
The experience of Iceland, as highlighted in the film ‘Future of Hope', presents movements for social justice with a vision for creating change on a...
Article: America: The choice ahead
As the world economy continues to deteriorate, the American public must influence a momentous turnaround in global priorities and light the way for other...
Article: Mobilising 'world public opinion'
A renewed air of questioning is being felt in the movement for global justice. Non-governmental organisations are wondering what to do next after the...
Printer-friendly version